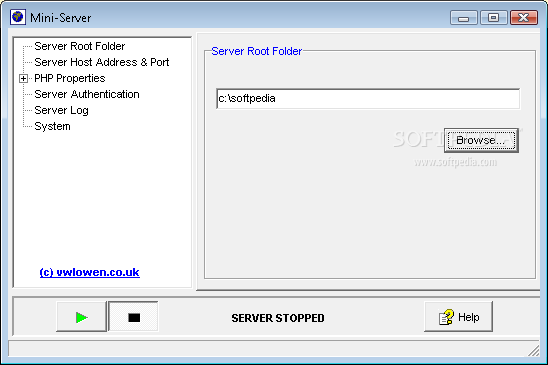 Recently  I created a small app to show off in a demo. It’s supposed to live on a webserver, and loads an xml file which contains urllinks using an HTTPService, and then assigns these links to buttons in a tabbed navigator flash component that’s located somewhere in the html page.

For the demo, I created a few dummy html pages that are kept in the same directory and pointed the urls in the xml to use those.

The problem I faced was that I didn’t have a handy webserver to store my release build on when I wanted to demo the app – when I started it up using Windows File Explorer, double clicking the bin-release html file, Flash decided to put it in a mixed sandbox security mode: local-with-network, which means that you forfeit local access to other files. And so my app suddenly couldn’t find it’s xml file anymore. And the purpose of the app is to put it up on a website, the local execute was just to demo to app.

[When you run your app inside the FlexBuilder program, by the way, this all works fine without any problems – it’s only when you do a release build that you suddenly start to learn about security sandboxes and apps with local or networking rights.]

I didn’t fancy writing a server in Python/CherryPy. Although quite possible,  it would take time, and I wanted a solution right then and there. It needed to be portable, and smallish, and as long as it could serve some static pages with client-executed content in it I would be happy.

Enter Mini-Server, which is completely standalone program, vintage 2006, about 462K, and does the job admirably. If you install PHP and show it where it lives it can even do php pages. It’s made by John Owen, which apparently is a nom de plume for a whole rafter of bitmonkeys who churn out one program after another… 🙂

Anyway, the problem is now solved: I start the mini-server, specify the port and root folder (only once, an ini file is saved for the next time), and hit run. I can then show off my demo site with a flash app that is served via http. Once the demo is done, I hit the stop button. It all fits on a usb stick, neat !

Please note that this is a small server for development purposes only. The author notes this as well, and it’s not something  I would stick on the intarnet without extensively testing it’s capabilities/security issues. But it is still a neat program to have on your usb stick when you rapido need a webserver!

Another solution is, on compile-time, using the flex-compiler publish setting to indicate the sandbox you want your application to be in. A user can then trust the flash app and it can then use both local and networking links. See the above Adobe link in the text for more details if you are looking for that solution.